THE 2020 RYDER CUP at WHISTLING STRAITS

Join the USA, Europe and 50,000 of your closest friends for yet another epic golf competition!

The biennial Ryder Cup sees 24 of the best professional golfers from Europe and the United States go head-to-head in a series of match play competitions. Heralded as one of the greatest sporting events in the world, it is a spectacle that transcends the sport of golf, yet its spirit remains rooted in the original seeds sowed almost 100 years ago.

Those seeds were in fact more literal than you might think. Samuel Ryder, a successful English seed merchant who made his fortune selling penny seed packets, had taken up the game of golf at the spritely age of 50. Ryder fell in love with the game and in 1926 donated a £250 small gold cup to the British PGA as an award to the winners of an annual competition between Great Britain and the United States. Designed by Mappin & Webb and adorned with a golfing figure on top, the official "Ryder Cup" was born. 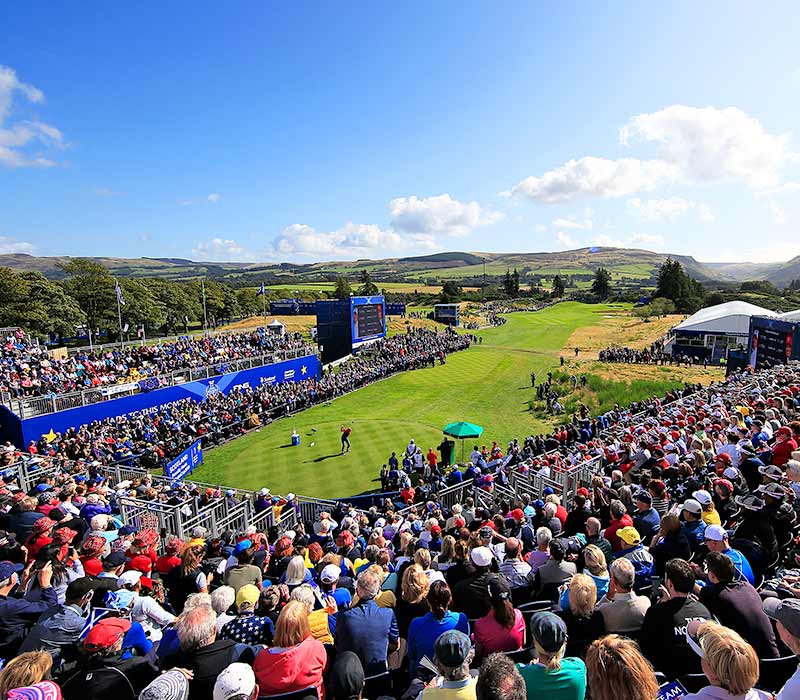 Weekend at the Ryder Cup

Weekend at the Ryder Cup